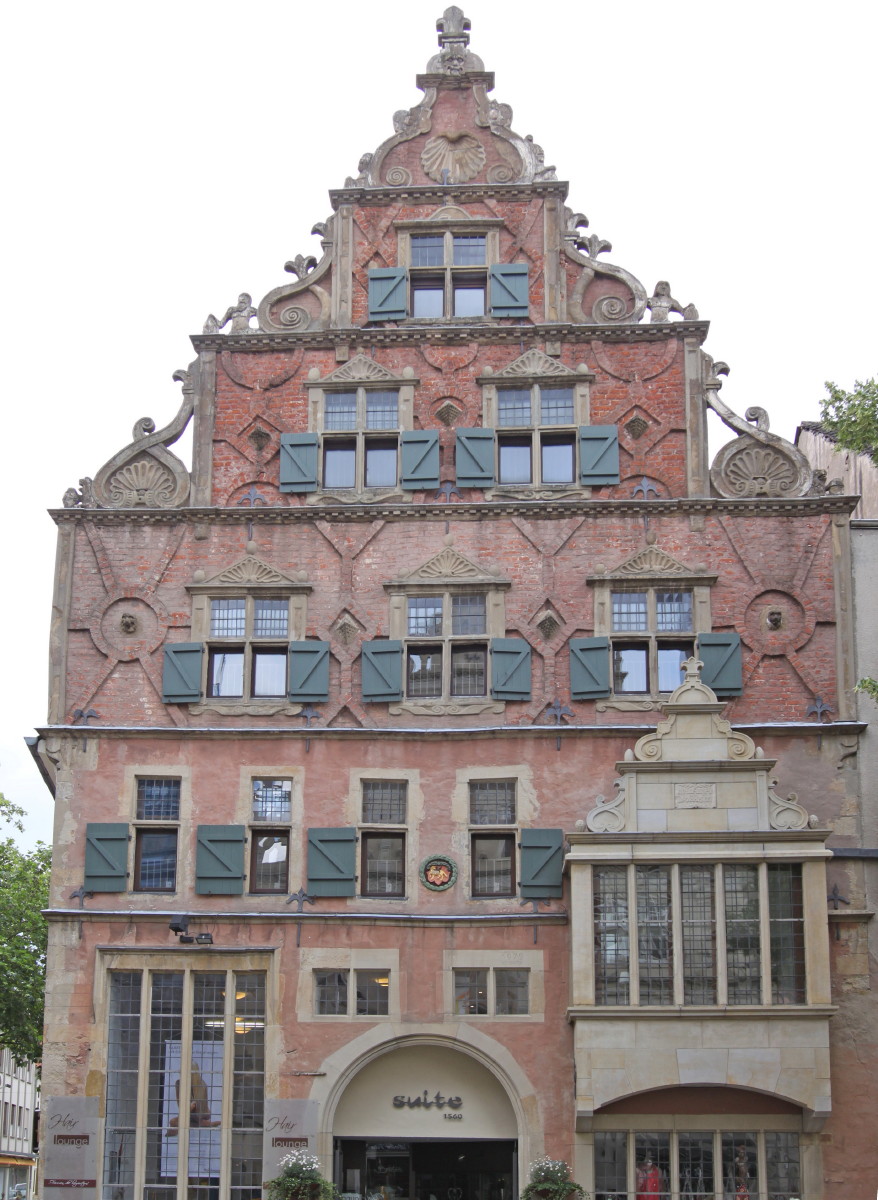 The Herford Kreis, or district, is on the highway from Bern to Hanover and across it flows the Weser, a 480 km long lazy river that goes all the way to the North Sea. The Kreis consists of nine towns: BÜNDE, ENGER, HERFORD of course, HIDDENHAUSEN, KIRCHLENGERN, LOHN, RÖDINGHAUSEN, SPENGE and VLOTHO, that add up to 300.000 inhabitants on 448 km², out of which HERFORD itself has 70.000 inhabitants on 79 km².

Geographically, the Kreis is located in Westphalia, 100 km north from Dortmund, 80 km south from Hanover and 80 km east from Münster. This region had a rich textile industry for a long time but endured the same kind of economic troubles as were experienced in the Voiron region. Consequently the present industrial activities deal with consumer products such as beer (Herforder Pils) and tobacco. There are as well several hydroelectric plants along the Weser, and strong furniture and dairy industries.

The Kreis provides numerous sports facilities: swimming pools, sports halls and gymnasiums, sports fields and shooting grounds, which are all in intensive use of school children in the afternoons and adults and club members in the evenings.

Cultural life is very active as well, with several music schools, a very rich theater program, and folklore societies in every town.

Visitors interested in history will find numerous castles and halls, most of which refurbished as hotels. Altogether the land is green, studded with lakes, groves and little towns.

But the Kreis is also the land of Wittekind, a duke of Saxony who had to submit to the emperor Charlemagne in 804, after years of fighting. He was a saxon who let himself be baptised and whose bones are still resting today in a sarcophagus at Engers’ church.

Finally, the Kreis of Herford was the first of the Voiron partnerships (1965), a partnership that allowed for robust friendships to start and develop along the years. Today the trip to Herford (1200 km) can be viewed as an easy drive (although a bit long) aimed at privileged moments.