The  charters for the twinning between Voiron and the Kreis Herford were signed on 25th August 1966 at Voiron and on 12th November 1966 at Herford.

The fiftieth anniversary was celebrated on 10th November 2016 during the evening party of the twinned cities, attended by Jürgen Müller, Landrat of the Kreis Herford, Ralf Heemeier, director of the Kreis, Julien Polat, mayor of Voiron, Dolorès Zambon, town-councillor in charge of twinnings, delegations with town-councillors of the Kreis Herford and Bassano del Grappa as well as many members of various associations concerned by the twinnings. At this occasion, a flyer was edited, with an overview of the twinning's history : Plaquette50ansJumelageP2-3V4

The musical band "Brecht's Hausband" and the orchestra "Galaxy" from Voiron's conservatoire played at the evening party and on 11th November. 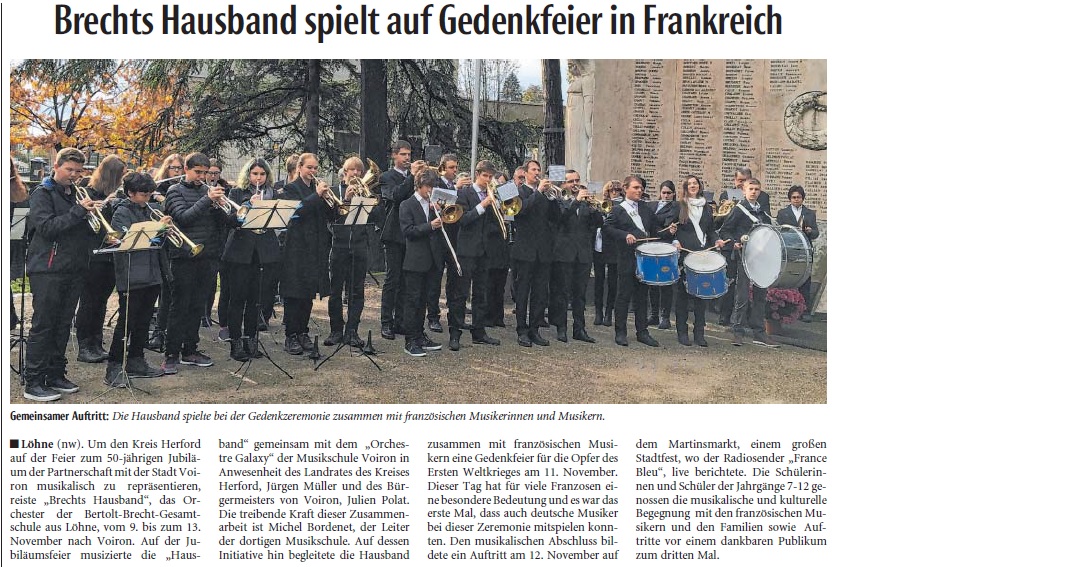 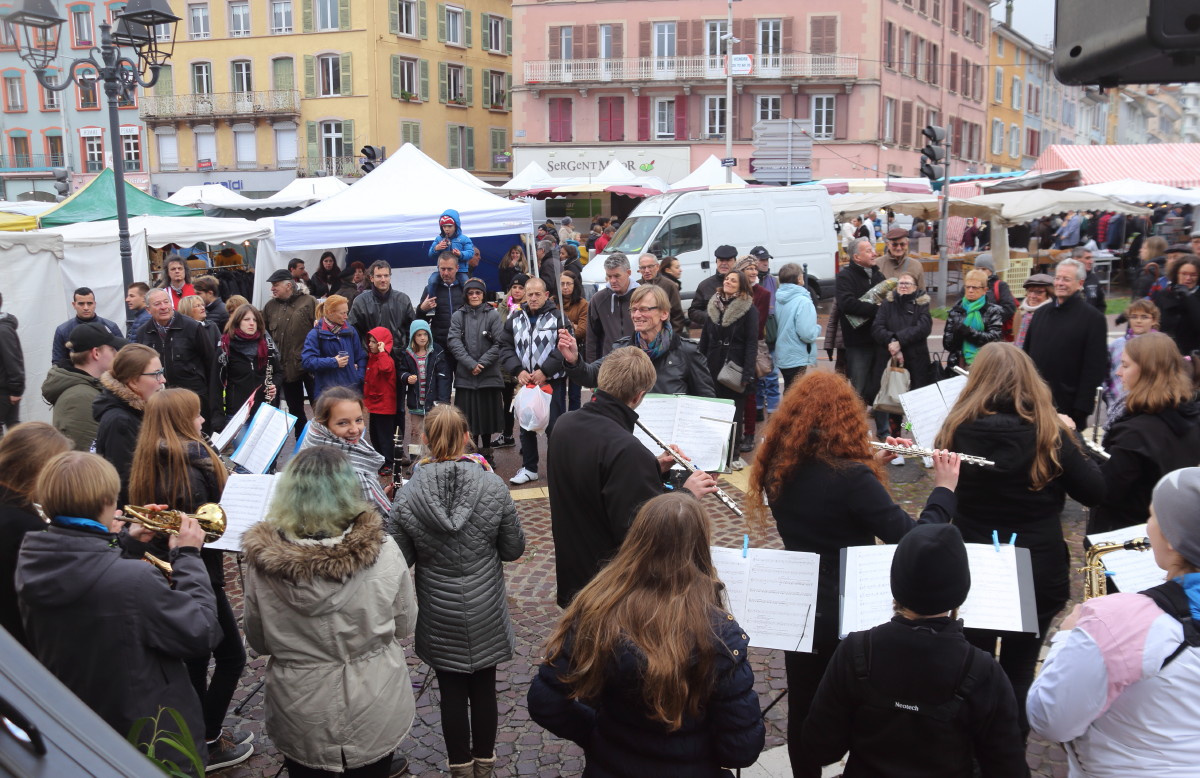 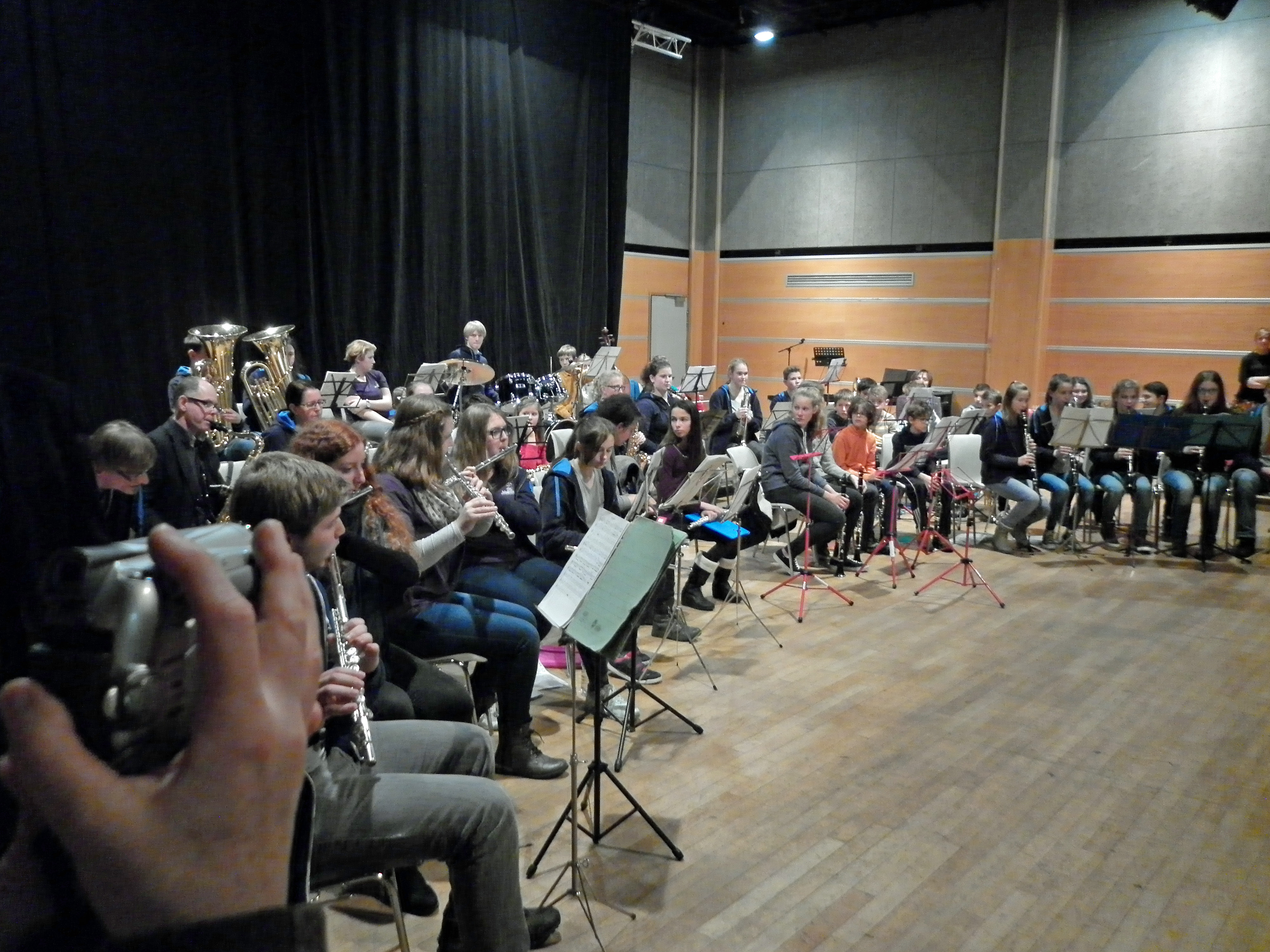 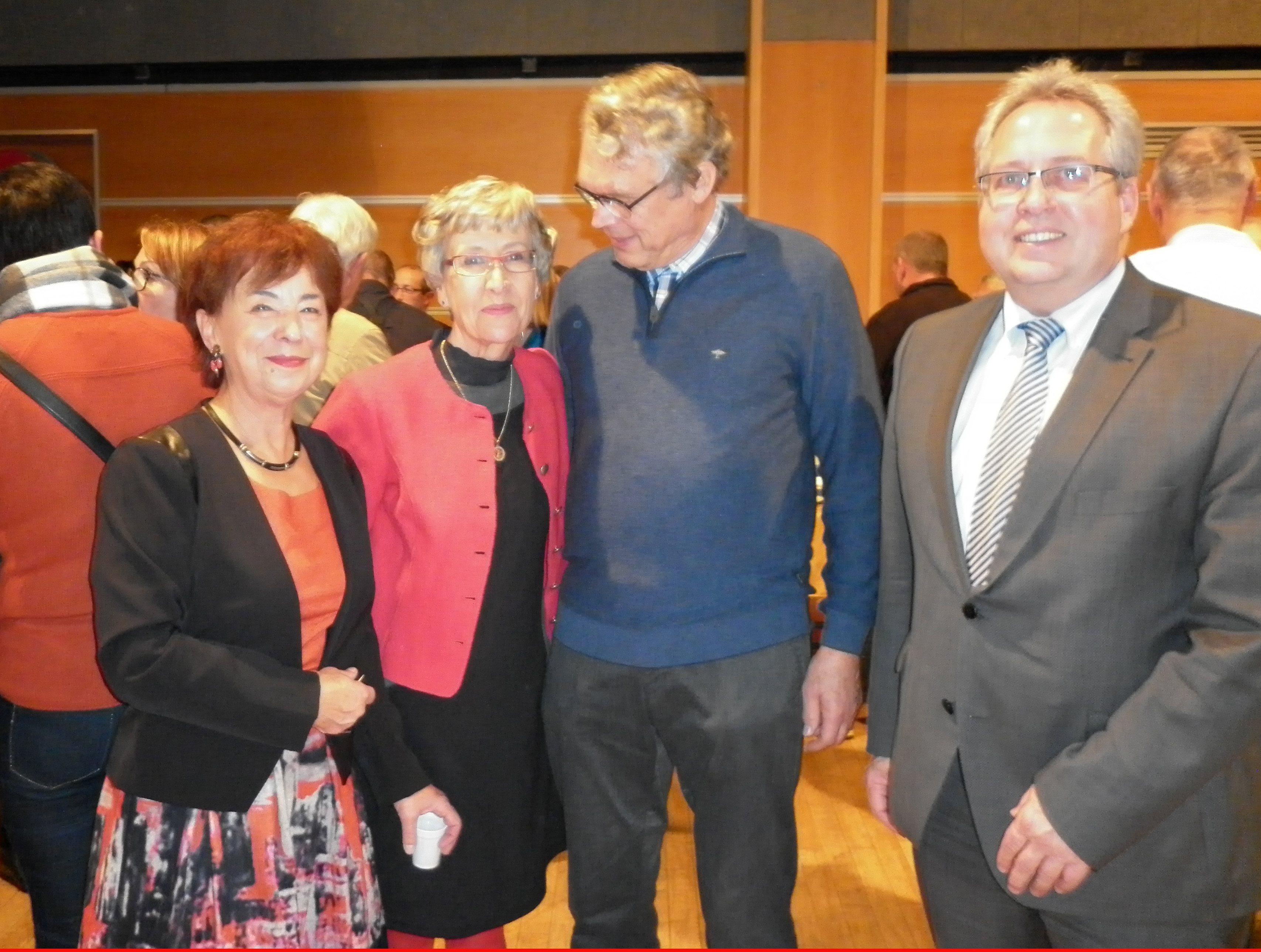 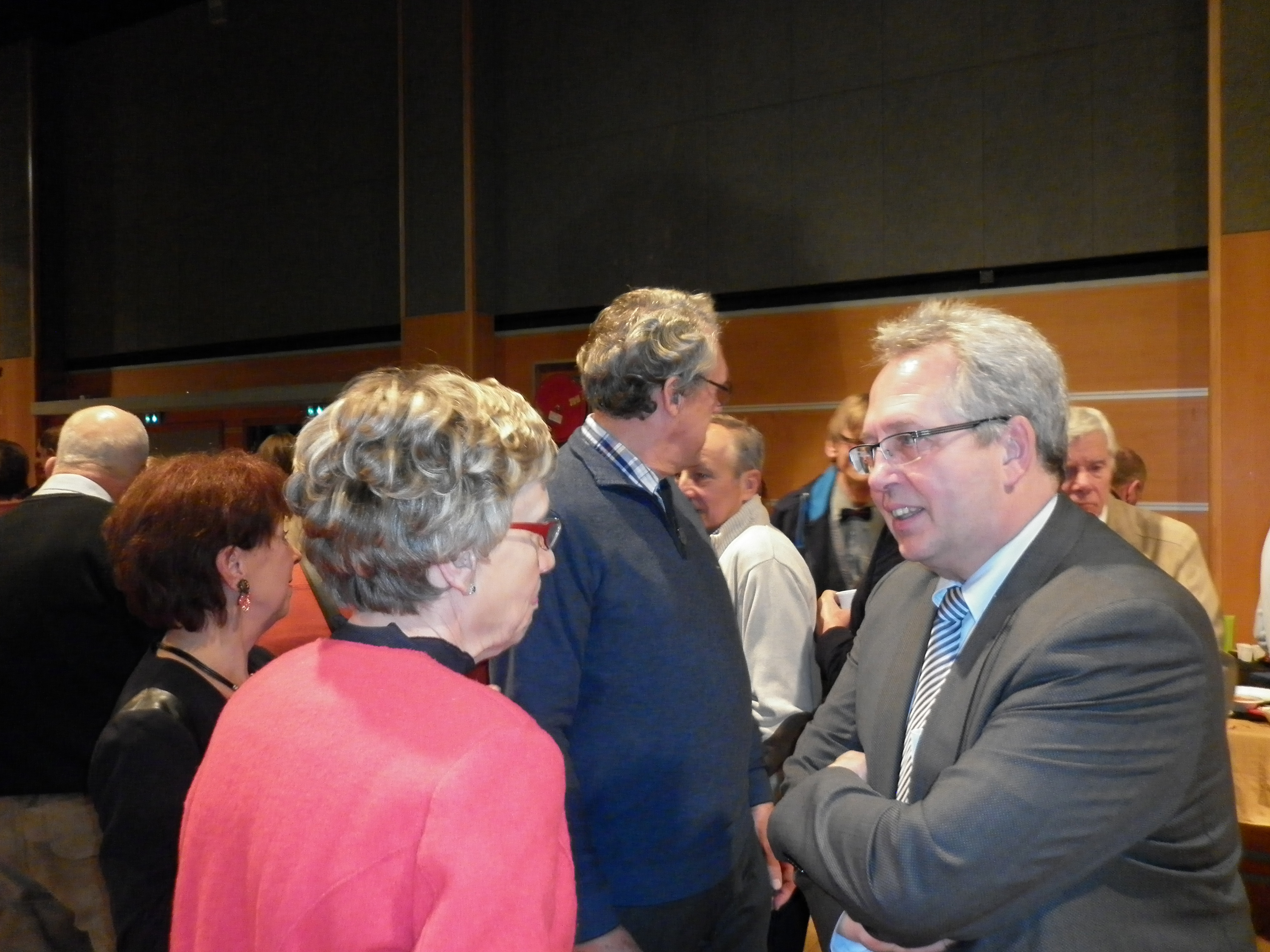 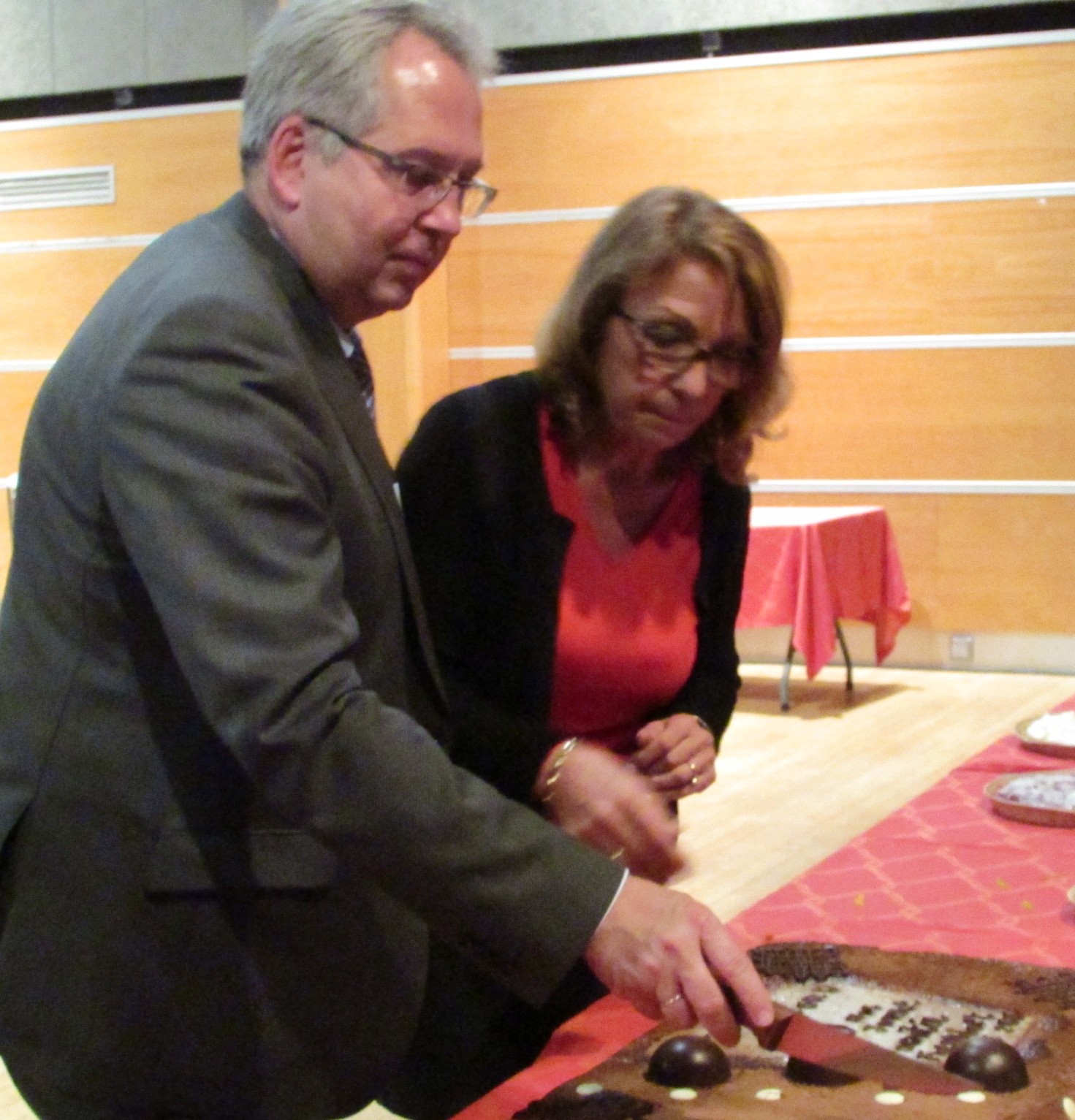 The date indicated on the archived charter from Voiron does not correspond to the real date of signature (see Dauphiné Libéré 24th August 1966). 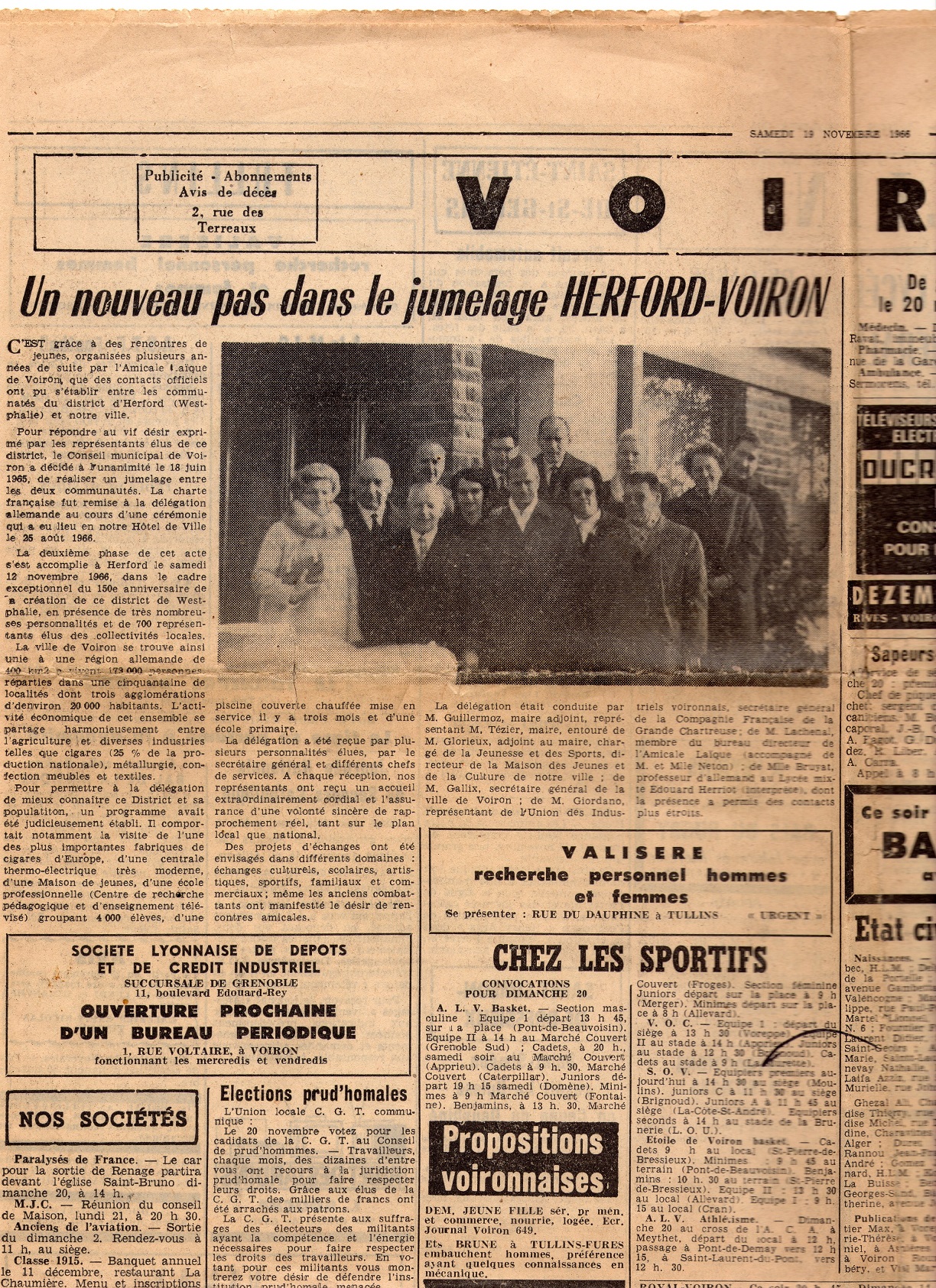 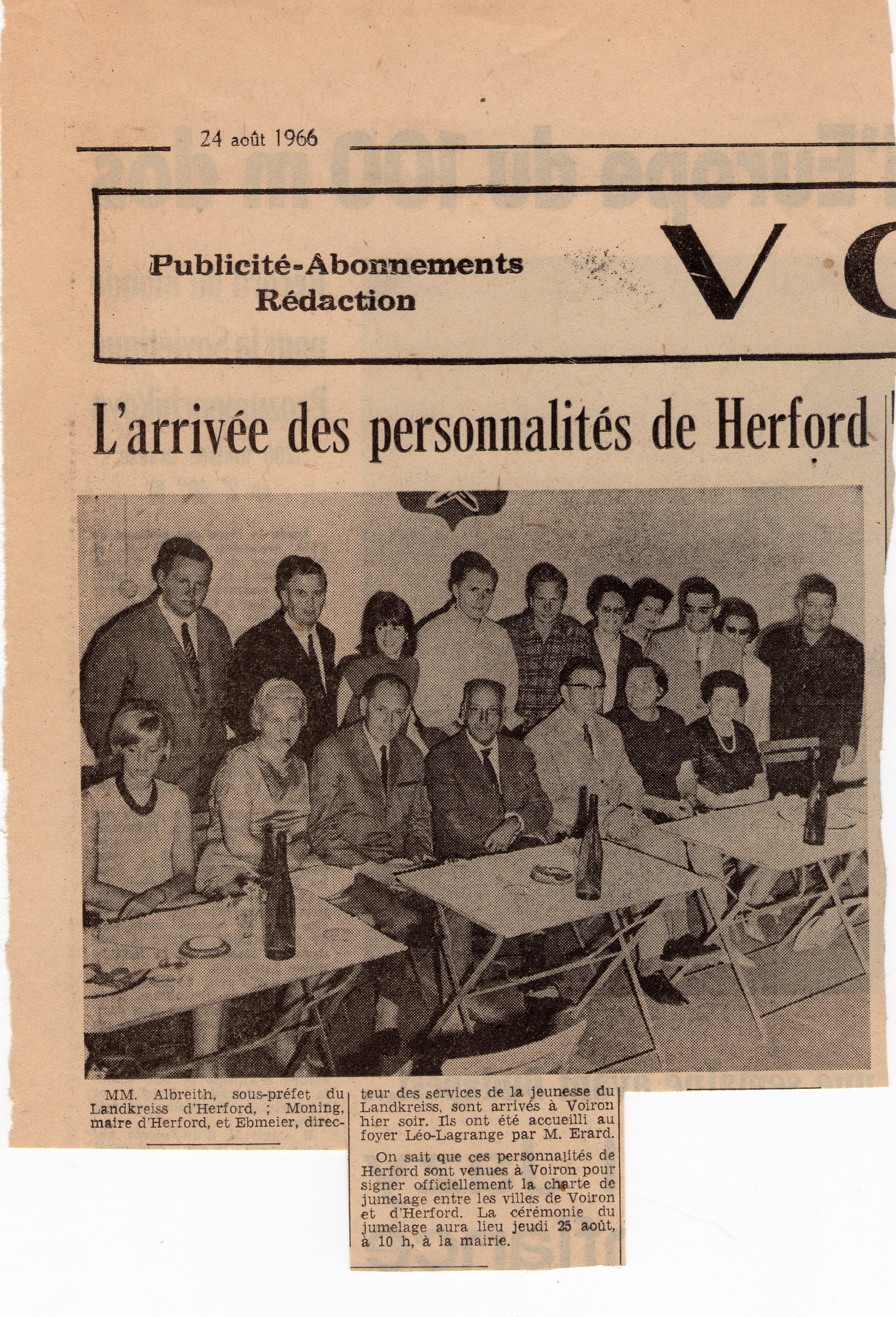 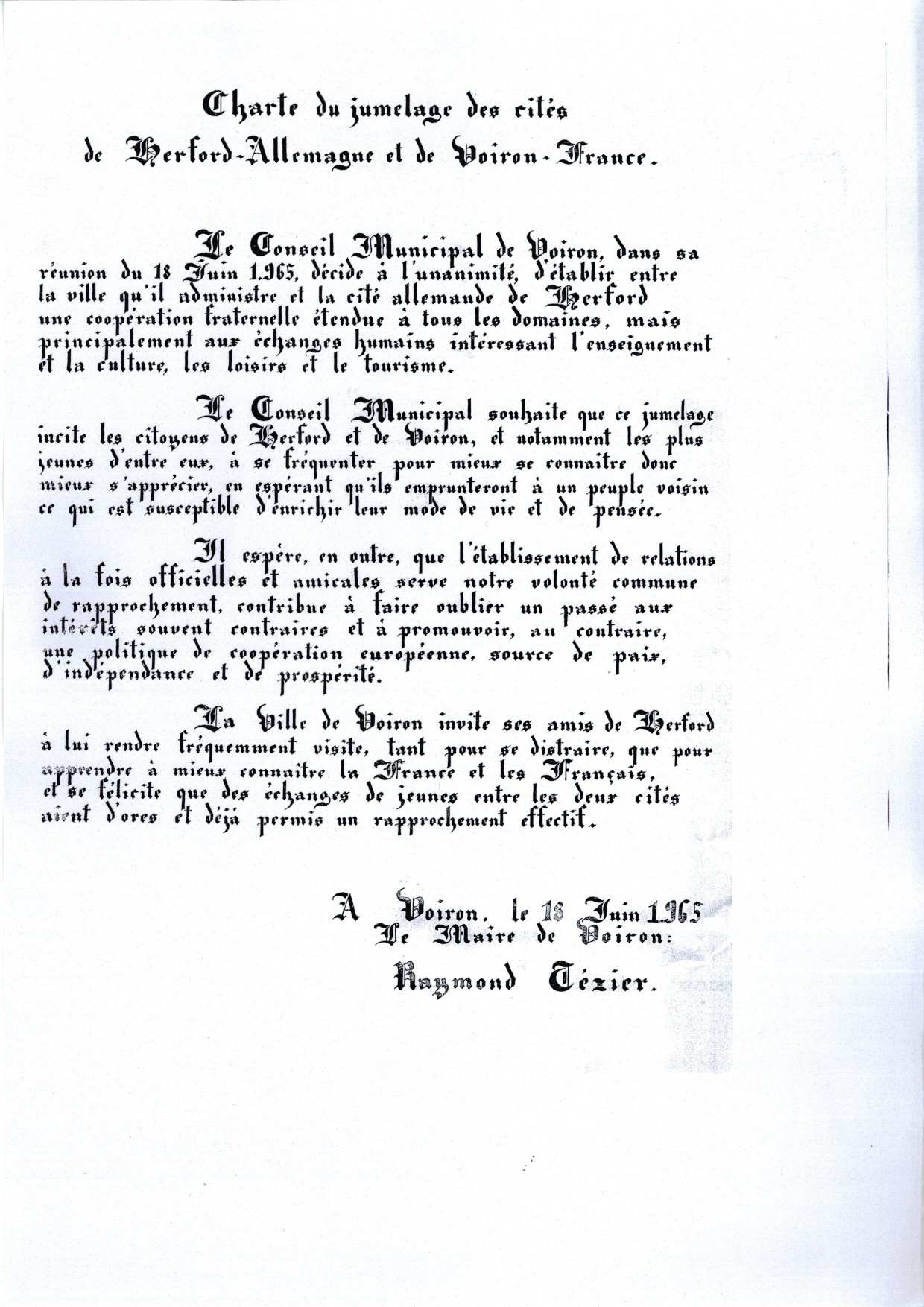 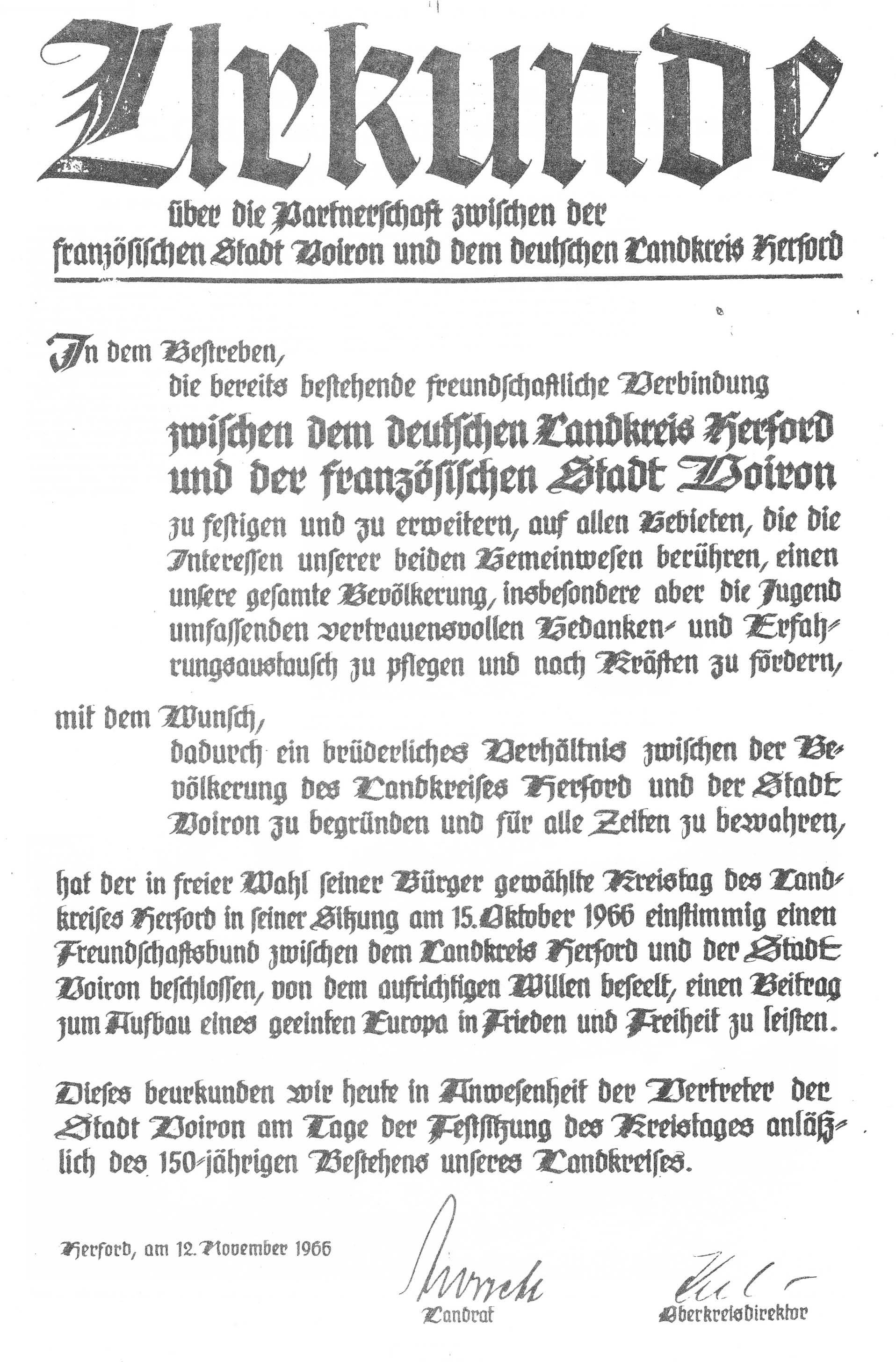