7 young people from Voiron, 17-18 years old, participated in an international youth meeting at Vlotho (Kreis Herford) from 19th to 26th February 2017, accompanied by the Comité de Jumelage de Voiron. The general issue discussed by young people from France, Germany, Italy and Poland was the integration into a democratic Europe, aiming at an horizon 2030. The working languages during the small discussion groups were English and German, also during the various leisure activities and the evening parties organized alternatively by each country. During the final synthesis on the future of Europe, the member of the Bundestag (the German parliament) elected by the Kreis Herford, Stefan Schwartze, was present.

Our 7 youths from Voiron came back very happy, with new european friends and new knowledge. They realized very well how important it is to master foreign languages to be able to communicate with our neighbours. 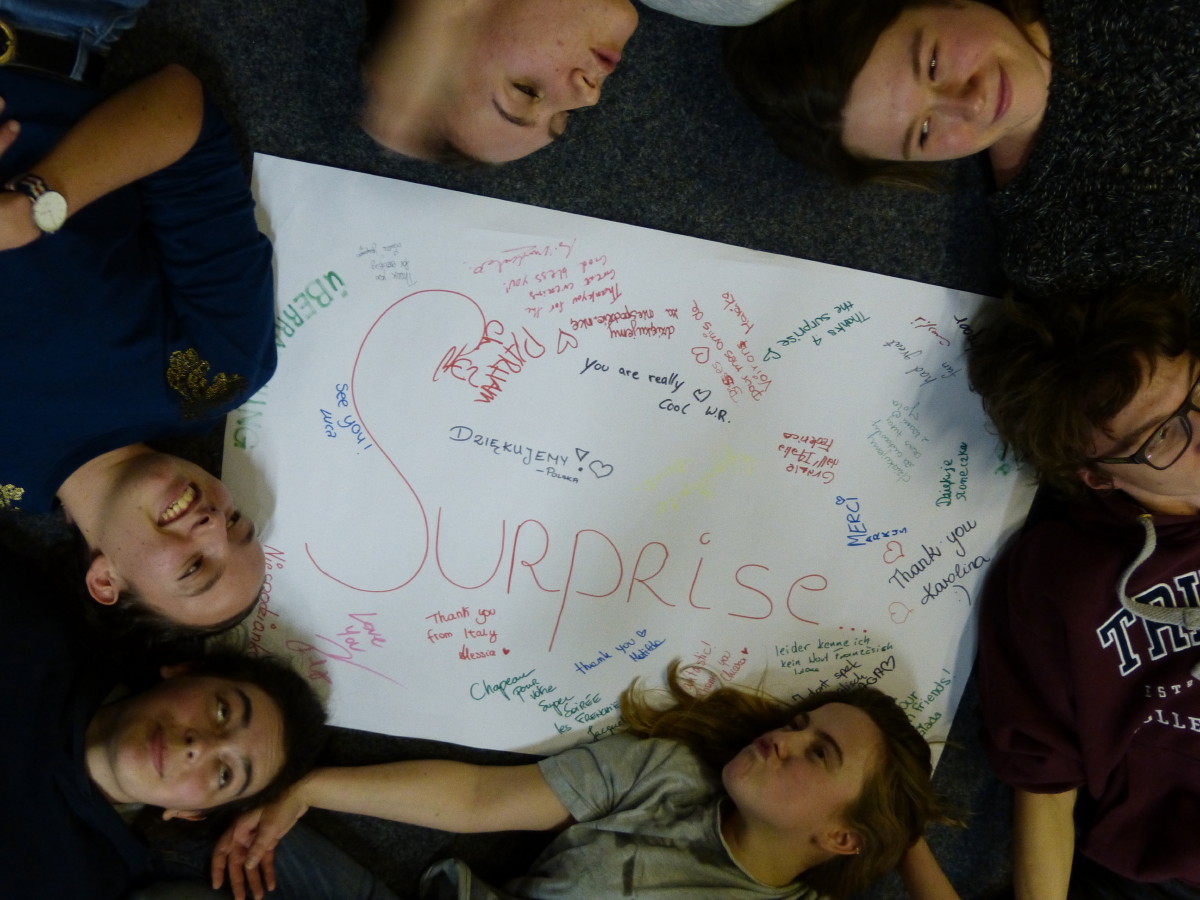 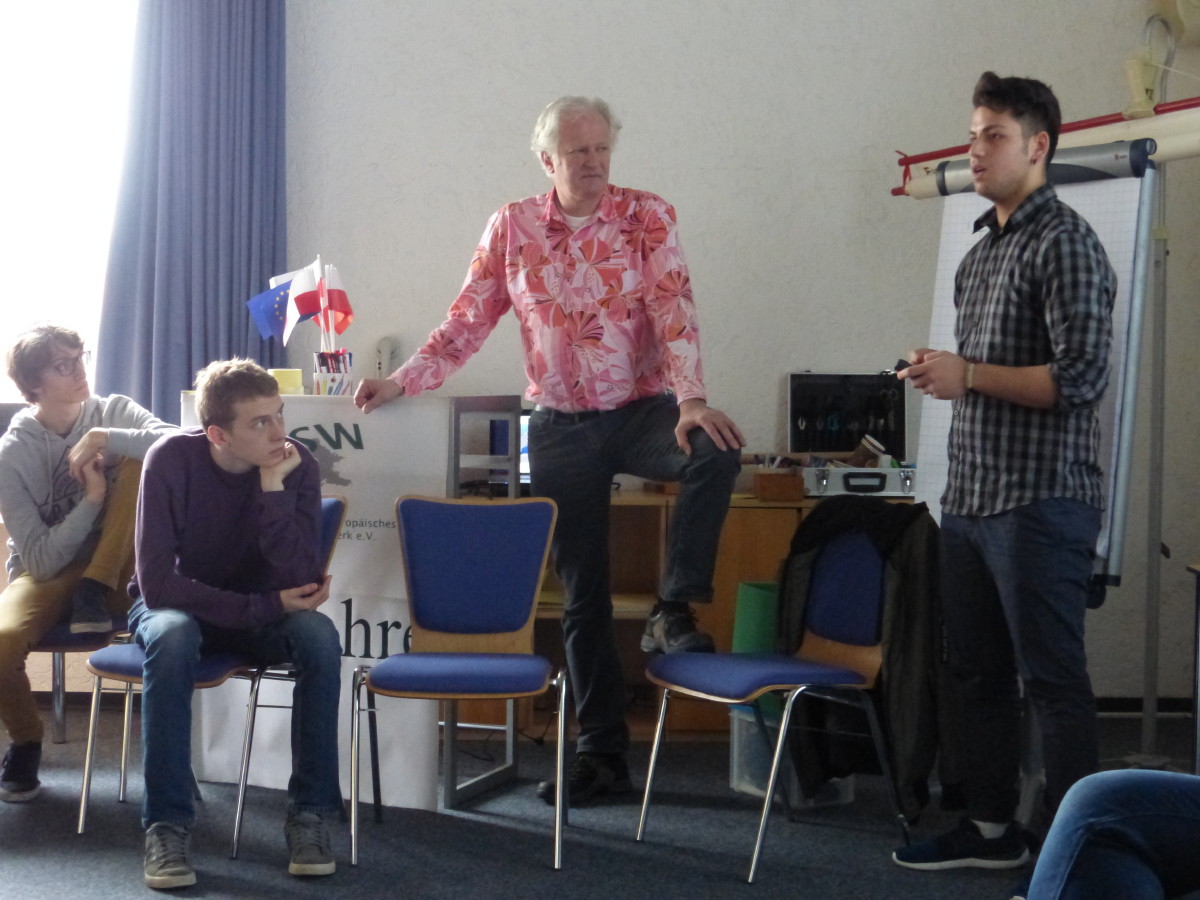 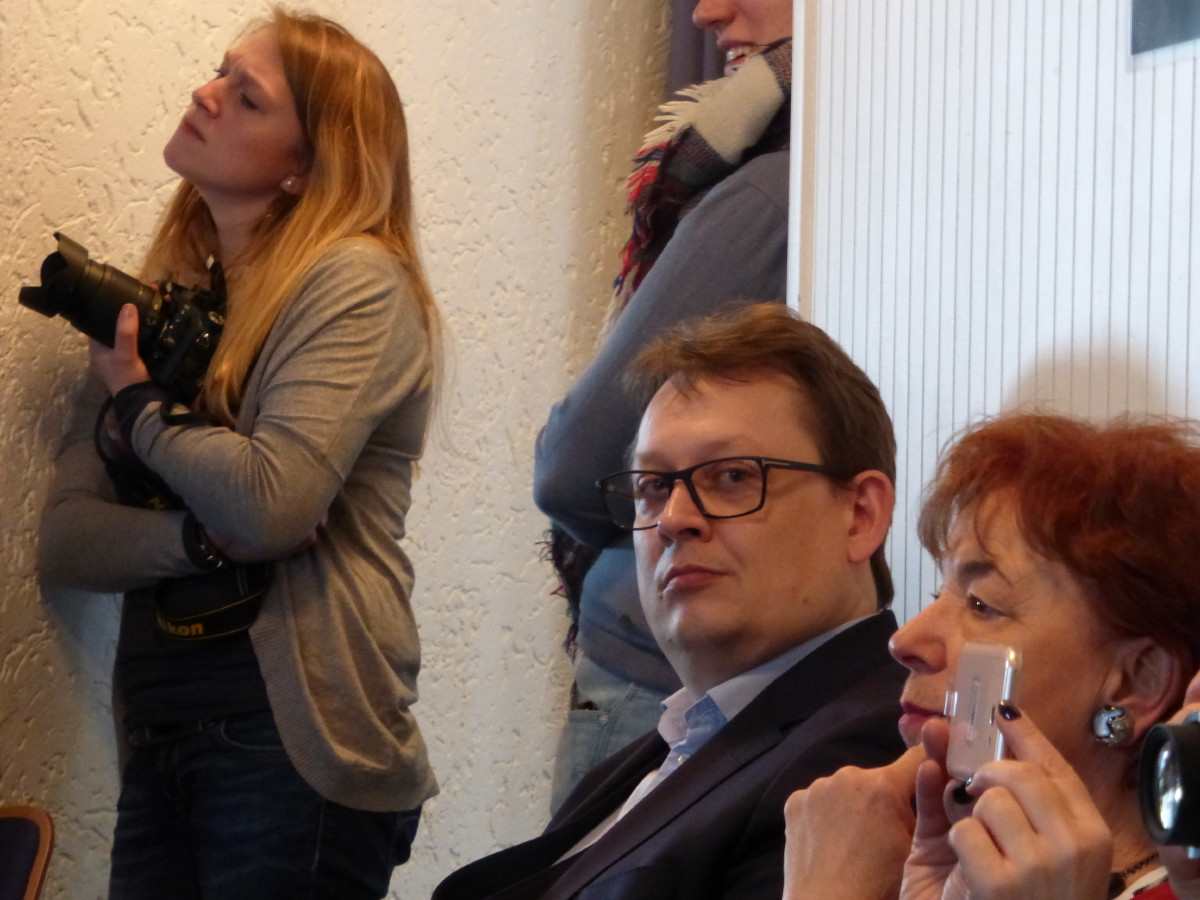 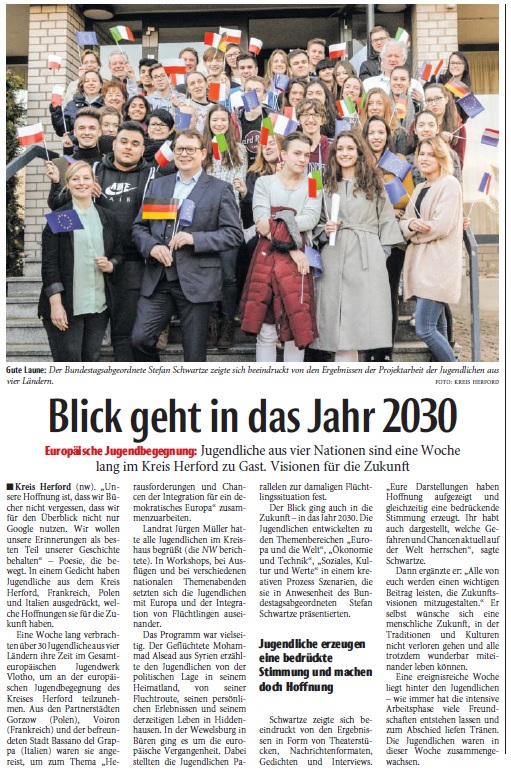 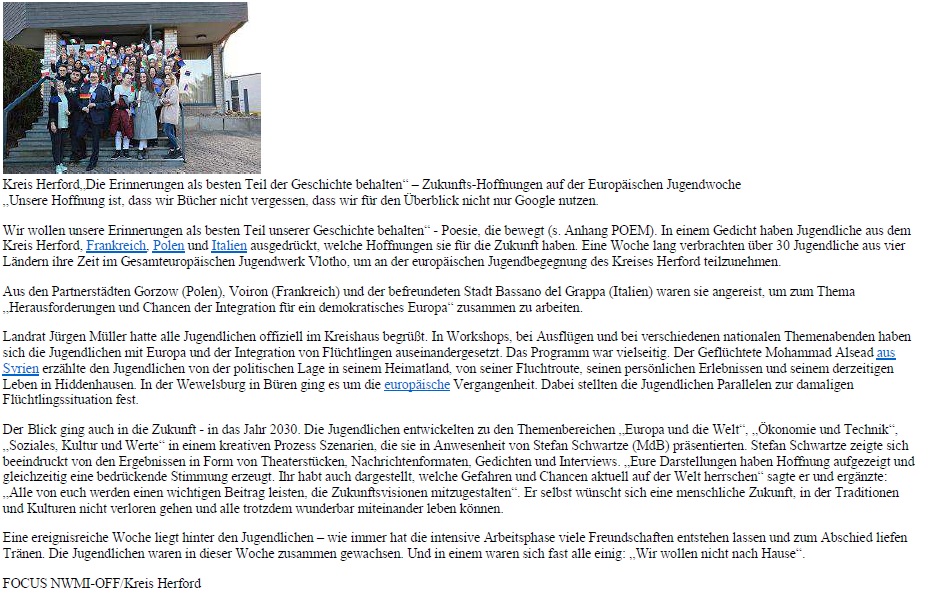 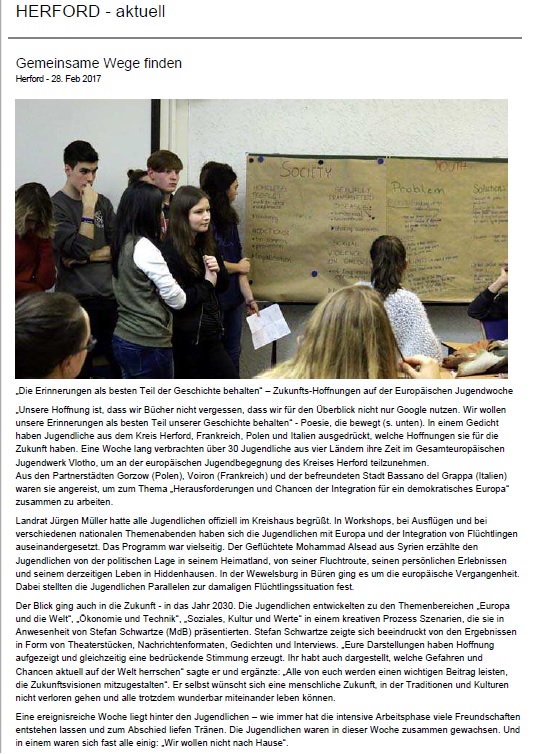 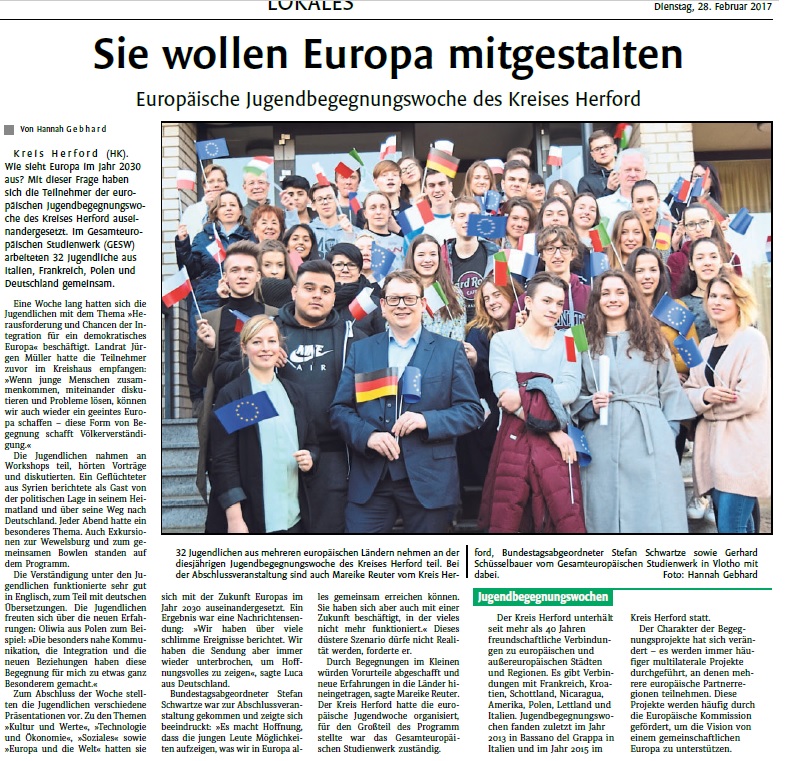 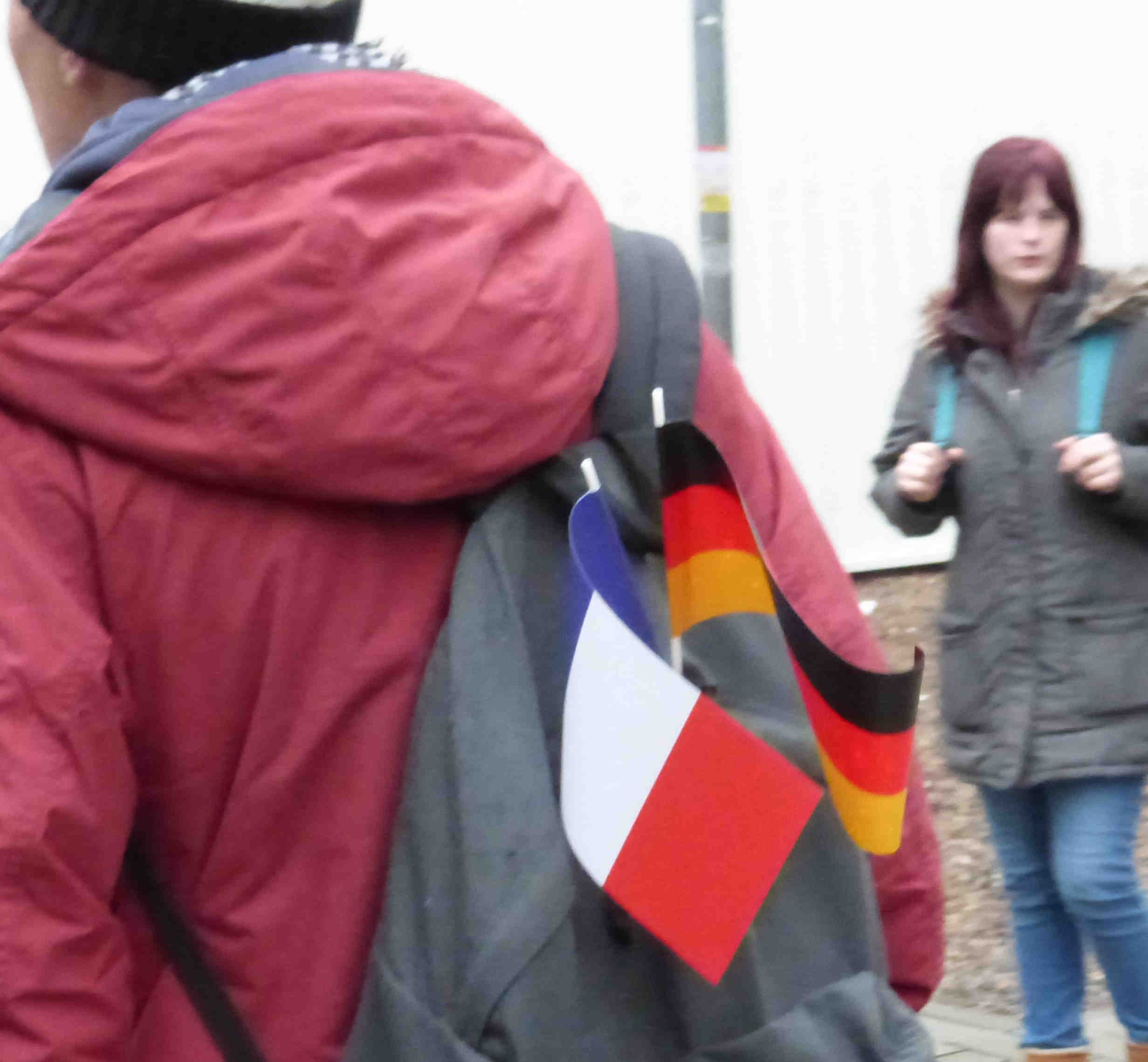 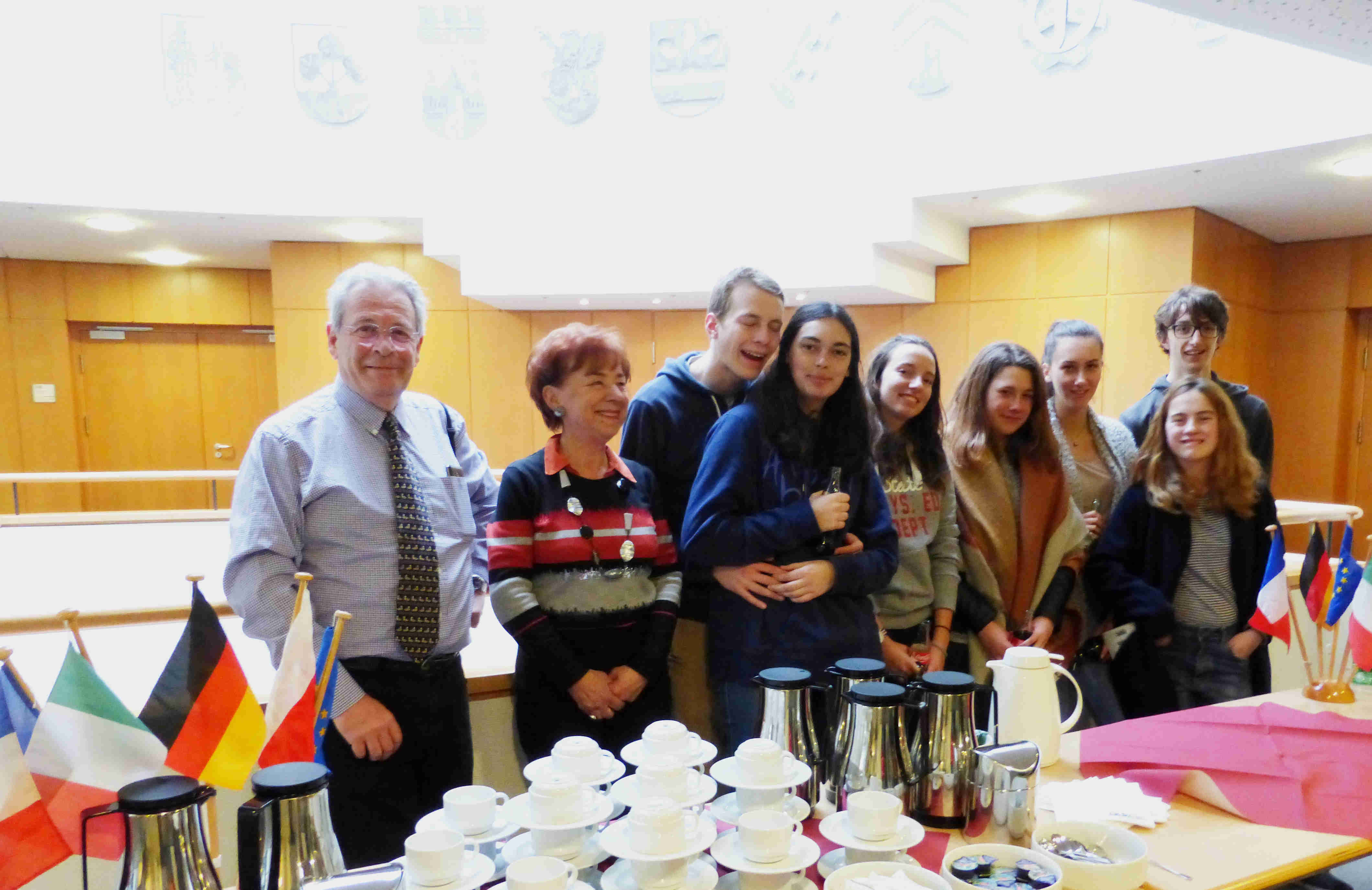 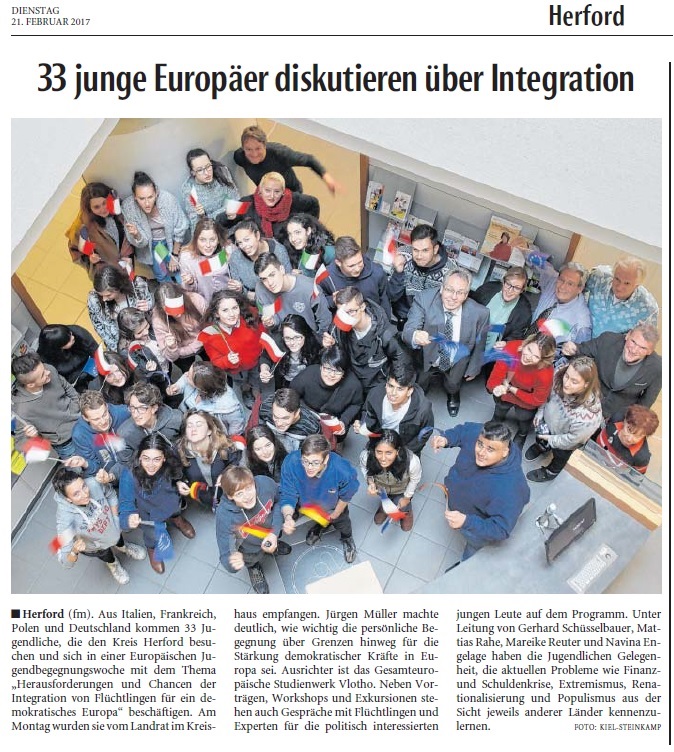 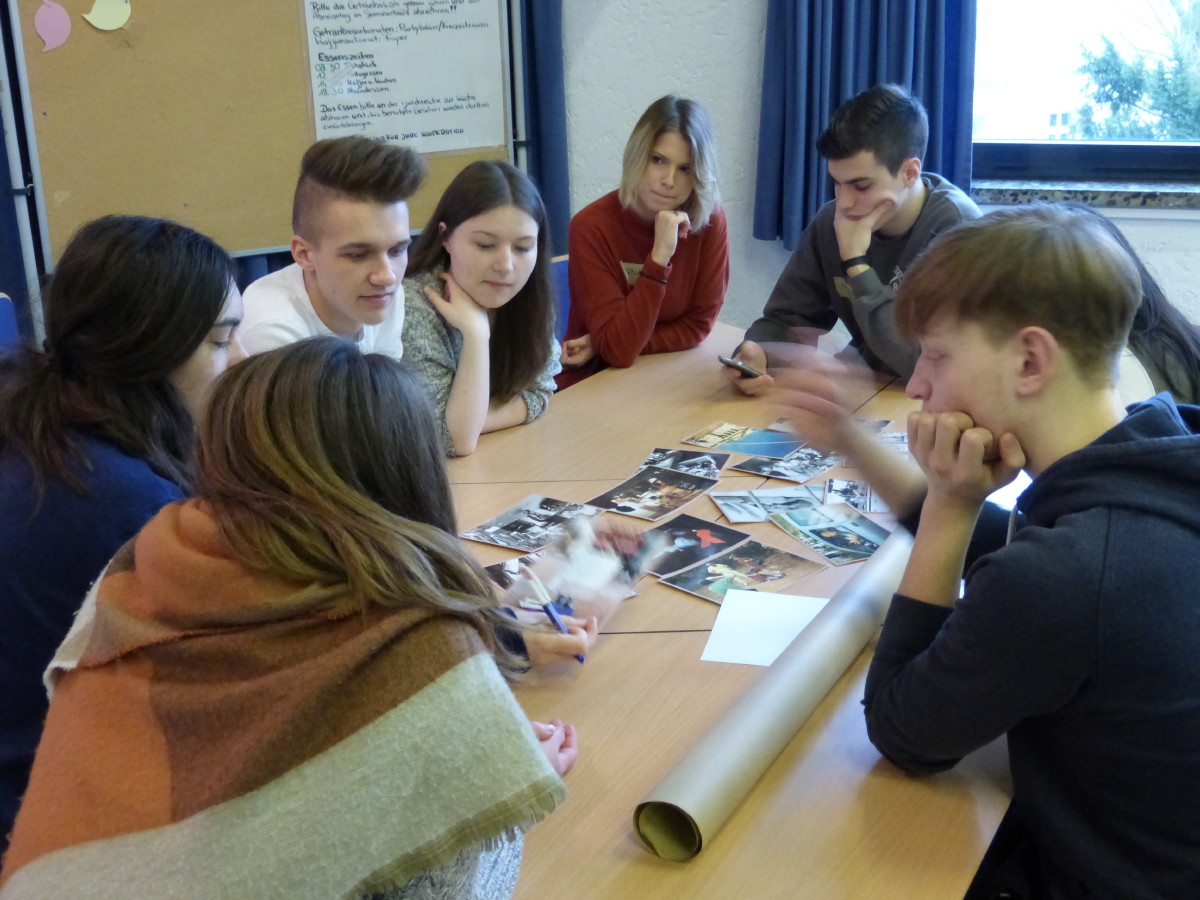